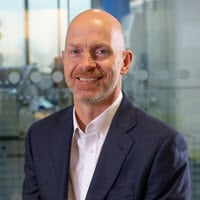 Prior to joining the CGT Catapult Jonathan was Chief Scientific Officer for cell and gene therapy in GSK’s Rare Diseases Unit and was accountable for the EU Submission of StrimvelisTM, the first paediatric CD34 Stem Cell Gene Therapy to be licensed anywhere in the world. He was also project leader for a similar asset focussed on Metachromatic Leukodystrophy. In 2018 both assets were licenced to Orchard Therapeutics, a deal that he was central to shaping and delivering. As CSO for the rare diseases gene therapy portfolio Jonathan was also responsible for evaluating new therapeutic opportunities and was a member of GSK’s Technology Investment Board.

Jonathan has 20 years’ experience of R&D and has worked in all phases of drug development from target identification through to phase IV across a broad range of therapeutic areas.