Nanoform convenes EGM to elect Cynthia Schwalm as board member

Nanoform Finland Plc (“Nanoform”), an innovative nanoparticle medicine enabling company, will convene an extraordinary general meeting (EGM) on September 1, 2020, at 10 am Helsinki time to elect Cynthia Schwalm as a new board member. The notice to the EGM was published simultaneously with this release.

Cynthia, a renowned Biotechnology CEO and pharmaceutical leader, began her career as an Oncology and Critical Care Nurse at the Albert Einstein Medical Center & Rutgers University Camden Medical Center, where she developed a patient-focused perspective. She then honed her leadership skills over 30+ years by orchestrating, in executive positions, the activities of top-tier global pharmaceutical organisations in the US, such as J&J and Amgen. Further career highlights include her role as President and CEO of Ipsen and Eisai’s North American Divisions. 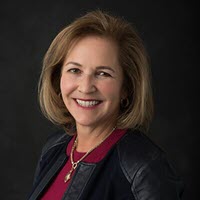 Cynthia brings a wealth of experience to the role, having worked in the capacity of Independent Board Member for many notable biotech and pharma companies. Currently, she is a Non-executive Director at Caladrius Biosciences Inc., Kadmon Group, where she chairs the Launch Excellence Committee and G1 Therapeutics Inc., where she chairs the Compensation Committee. In addition, Cynthia has acted as a Wharton Business School Leadership Advisor since 2016. Prior to that, for nearly a decade Cynthia served on the Women’s Leadership Advisory Board at Harvard University’s Kennedy School of Government. She holds a BSN from the University of Delaware and EMBA from Wharton at the University of Pennsylvania.

Cynthia’s nomination follows the establishment of Nanoform USA Inc., a wholly-owned subsidiary in the US earlier this year, and Nanoform’s recent completion of an Initial Public Offering (IPO) on the Nasdaq First North Premier Growth Markets in Finland & Sweden. By building on the momentum created by the IPO and by strengthening its board with the appointment of a global life science leader, Nanoform is well-positioned to continue furthering the reach of its proprietary CESS® nanoparticle engineering technology internationally.

Electing Cynthia Schwalm to the board of directors is subject to the decision made at Nanoform’s EGM on September 1, 2020.

Edward Haeggström, Nanoform CEO, said: “Cynthia has led a remarkable global career in American, European, and Japanese pharma and biotech companies, and we are thrilled to welcome her to our board. She has a strong legacy of outstanding leadership expertise that we value, but what makes her stand out among the many superb candidates we interviewed is her bedside experience. As we continue to increase the traction of our award-winning nanoparticle engineering technology in international markets, Cynthia’s patient-focused insights are invaluable to us.”

Cynthia Schwalm commented, “I have dedicated my career to improving the lives of patients, so Nanoform’s ability to advance patient care and disrupt the industry in a positive way impressed me immediately. In my role as a board member, I look forward to helping drive forward a company that not only promises to improve efficiency within Pharma but also change the lives of patients globally by facilitating therapies with fewer side effects and improved delivery.”

We’re delighted that Christian Jones,  the Chief Commercial Officer of Nanoform will be speaking on the “It’s all in the delivery” session at BioIntegrates on 16th November, 2020 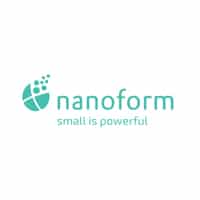