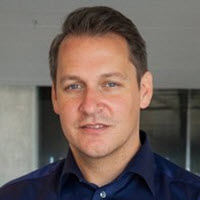 Oliver is CEO of Koa Health (www.koahealth.com), a digital-first mental health company that was incubated by Telefonica Alpha. He has life-long passions for both healthcare and technology. With a first degree in medicine and neuroscience at Jesus College, Cambridge, qualifying as a medical doctor (UCL) and practicing for six years with postgraduate training in psychiatry (Imperial College) and public health (Johns Hopkins), and then a research fellowship in human consciousness at the Functional Imaging Lab (Queen Square).

Oliver combined his interests in health and tech at McKinsey, spending five years working on health data and technology projects around the world. In 2006, he was recruited to help build a modern healthcare system in the UAE, spending seven years as Director of Public Health, designing and implementing systems for collecting comprehensive population health data and using it to tackle a wide range of diseases. Moving back to Europe in 2013, Oliver is an advisor to the WHO, World Bank, Wellcome Trust, and NHS England. He created two UK-based start-ups before being recruited to set-up Koa.

Oliver has a strong track-record delivering results in health tech innovation and health system reform and has contributed more than sixty academic publications and presentations.