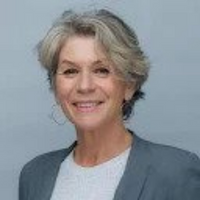 Institute. Previously she was van Geest Professor of Clinical Neurosciences and Center Director of the UK Dementia Research Institute at the University of Cambridge.

Following her discovery of the reversibility of early neurodegeneration, her lab pioneered the understanding of the role of the Unfolded Protein Response (UPR) in neurodegenerative diseases and its therapeutic manipulation for neuroprotection, including discovering repurposable drugs ready for clinical trials. Her interest in neuroprotection led to the discovery of ‘hibernation’ proteins in synapse regeneration that can be targeted therapeutically. She is Fellow of the Academy of Medical Sciences and received the 2021 Potamkin Prize for Research in Pick’s, Alzheimer’s and Related Disorders. She is a practicing neurologist, specialized in dementia.