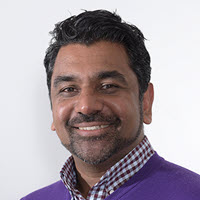 Imran loves to make a difference.

Born and educated in Scotland, he read medicine at eventually specialised in Anaesthesia and Intensive Care Medicine in London. His career has seen him expand his horizons by working in Investment banking, big pharma and biotech’s. He has even spent time as an entrepreneur.

He has worked at Pfizer, InterMune and Akcea and is currently the General Manager for Northern Europe at Novartis Gene Therapies, looking to re-imagine medicine with advanced therapies. Much of his career has been spent in rare diseases, where developing and commercialising treatments is deeply challenging but truly impactful.

He lives in London with his wife and three sons. He often dreams of an alternative life where he became a Formula 1 driver and an astronaut.