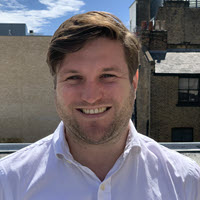 Jack previously worked for KPMG in its Deal Advisory team in the Middle East before returning to the UK and working in a range of startup including as a co-founder of a tech startup. Experienced at managing teams in unstructured environments and growing businesses from concept to operation Jack oversees the execution of all Protium’s projects. As the first person to join Protium Jack has helped define the company and the UK’s hydrogen economy, working across all aspects of the business as it’s enjoyed exponential growth. He holds a Masters degree in Middle Eastern Economics and Arabic and a Bachelors in PPE.