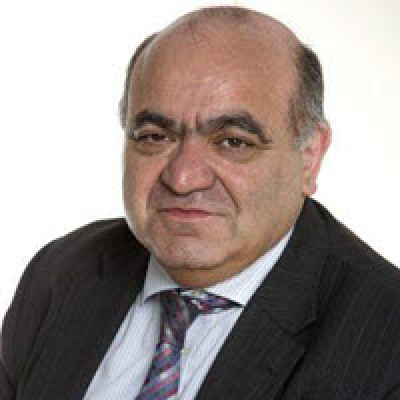 Martino was the first CEO of the Stevenage Bioscience Catalyst an ambitious concept to develop an Incubator and Accelerator, followed by a world class Science Park for the Life Sciences sector.

Martino has a PhD in Biochemistry from Cardiff University and spent 4 years at Baylor College of Medicine, Houston, TX in Cardiovascular research. Martino joined Amersham International in 1991 and subsequently went on to manage the R&D Technology Transfer Group, based in Cardiff and developing high throughput screening technologies for the Pharmaceutical sector.

Following the merger of Amersham with Pharmacia Biotech, Martino became the Science Director for the Cardiff site, Martino then became a Business Manager for Manchester Biotech Ltd. and subsequently Manchester Innovation Ltd. in June 1999. When the Universities of Manchester and UMIST merged, he became Managing Director of UMIC and MICL and is was a Board member of UKBI.

Martino was also acting Chairman for a start-up company, sri Forensics Ltd (2011-2014) and has previously been on the Board of Cartesian Technologies, BIONOW Steering Committee and was also a non – executive Director for Queen Mary Bioenterprise Ltd (2009-Aug 2010).. Martino has also been a Board member of the Hertfordshire LEP.

Martino was also appointed to the Life Science Wales Hub Board as a Non –Executive) from 2014-2017. Martino is now an Independent Consultant, based in Manchester. He currently has a part-time role as Entrepreneur in Residence at UMIP. Martino is also involved in assessing funding application and appraisals for Innovate UK, and NC3Rs. Most recently, Martino was appointed to the Board of BIONOW, the Northern Trade Organization for Life Sciences, as a non- Executive Director and as Chairman of the Discovery Park in June 2018