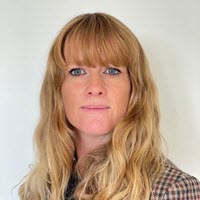 After obtaining a degree in Psychology, I trained to become a Primary School Teacher. I worked in the classroom for over ten years, then, in November 2016, I had my fourth child and my first boy. Following an admission to PICU and a very quick deterioration in his movement and strength, Ezra was diagnosed with SMA type 1 at 4 months old and received his first does of Spinraza at 6 months old, one of the first to receive Spinraza on the EAP in the UK.

Given the severity of his condition, Ezra is reliant on 24 hour care but despite this he lives a very full and active life in his power chair and has just started year 1 at mainstream school.
As Ezra grew up facing many challenges with his health, I started my new vocation as his advocate, I spoke at several clinical conferences, volunteered to make content for charities like Designability and SMA UK and started a Whats App support group for families like mine who were facing the same challenges. I also launched Ezras Instagram page @ezrasadventures_smatype1, to raise awareness of his condition and to show that though life may be different, it can still be fun!

In 2021 when Ezra started school, I found that I had more time on my hands and was very privileged to join the dedicated team at SMA UK as Advocacy Lead in January 2022.
I now sit on the SMA REACH and the UK SMA Newborn Screening Alliance steering committees and on the SMA Europe treatment committee. I work closely with our partner organisations including MDUK, Genetic Alliance and the Disabled Children’s Partnership, to name a few, to advocate for better access to treatments, therapies, services and care for the UK SMA community.