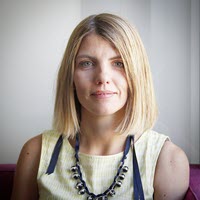 Tamsin has extensive experience in government and expertise in public policy. As the former Director of the UK government’s Office for Life Sciences she worked with Sir John Bell to write the UK’s Life Sciences Industrial Strategy, which led to £3 billion of investment into UK biotech across a number of public and private partnership projects.
During a successful career as a senior civil servant Tamsin held a number of leadership positions in government, spanning policy, corporate and communications roles including at the Cabinet Office, Department of Health and Public Health England. She began her career in consultancy at Accenture. She studied law at Nottingham University, holds a Masters in Philosophy from the University of Leeds and was a Science and Policy Fellow at University of Cambridge.

Tamsin has recently launched a new partnership venture in the UK and US specialising in population health.