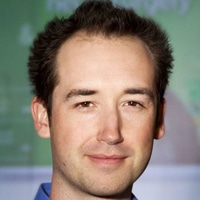 Paul Wicks, Ph.D., is a neuropsychologist and independent consultant in digital health, clinical trials, rare disease, and patient centricity. For 13 years he led the R&D team at PatientsLikeMe, an online community for over 750,000 people living with medical conditions. Specialising in clinical research using the Internet, Paul has over 160 publications including a patient-driven observational trial of lithium in ALS, numerous patient-reported outcome (PRO) measures, a “dose-response” curve for the benefits of friendship between patients, virtual clinical trial designs, and applications of artificial intelligence (AI).

He sits on the editorial boards of the BMJ, BMC Medicine, JMIR, Digital Biomarkers and The Patient. Prior to joining PatientsLikeMe, Paul worked at the Institute of Psychiatry (King’s College London) studying cognition and neuroimaging in ALS, with a postdoc in psychological consequences of Parkinson’s disease. His work has been profiled by the BBC, NPR, CNN, BBC Radio 4, the Wall Street Journal, and the New York Times. In 2011 he was awarded MIT Technology Review’s TR35 “Humanitarian of the Year” award, recognized as a TED Fellow in 2012, and joined the inaugural FLIER Program at the Academy of Medical Sciences in 2019.