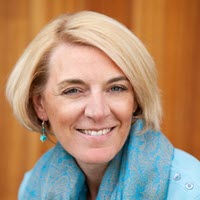 Becky was appointed as the Pistoia Alliance’s first female President in June 2022. She is a long-time supporter of pre-competitive collaboration in life sciences and healthcare R&D and the critical role it plays in advancing science, and is passionate about diversity in STEM. Becky is responsible for leading the Pistoia Alliance’s strategy and defining its future within areas of increasing importance to the industry, such as data standards, emerging technologies, diversity and inclusion, sustainability, and precision medicine.

Becky first engaged with the Pistoia Alliance on its Lab of the Future project whilst at VWR (now part Avantor) where she worked for over a decade in sales, business development, and scientific services. From here, she joined the scientific instrumentation and analytical services company, Pion, as Managing Director, before moving to the Alliance as a project manager. She later became Chief Portfolio Officer and within this role established the Alliance’s first and thriving Diversity and Inclusion in STEM Leadership program. Becky re-joined the Alliance as President after a return to the commercial world as a Director at Impellam Group where she led the company’s STEM services strategy.

Becky has a PhD in Biochemistry from Imperial College.