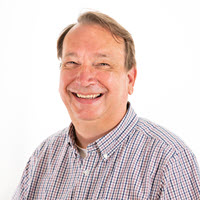 John Mykytiuk joined Sterling Pharma Solutions in December 2019 as Solid State Manager and is responsible for leading a team of solid state scientists at the Dudley, Northumberland, UK facility.

He graduated from the University of Bradford with both an undergraduate degree in chemistry and a PhD. John then proceeded to take up two post-doctoral positions at the University of Sussex, looking at structure-property relationships and behaviour of polymers.

John initially went on to work in pharmaceutical development before moving into chemical process research and development with various CROs. This is when the importance of solid state science, as applied to APIs and intermediates, became apparent to the future development of APIs. This is where he gained a greater interest in solid state, and then moved into a role where he focused entirely on solid state chemistry, before starting his position at Sterling.