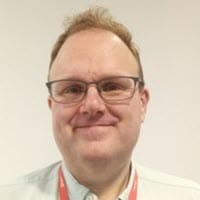 Lee joined the Cell and Gene Therapy Catapult in February 2020 as Head of Non-Clinical Safety.

Prior to joining the Catapult, Lee was Chief Scientific Officer – Pharma at Envigo (formerly Huntingdon Life Sciences). He joined HLS in 2005 to take a leading role in working with those customers developing biological products and expanding the company’s service offering and customer base. In this role he was responsible for ensuring the Company was always kept abreast of the latest scientific, regulatory and technological developments and that its operations remained aligned with the needs of the modern pharmaceutical industry.

Lee has over twenty-five years of hands-on and senior managerial experience of therapeutic product development gained in companies such as; Cantab Pharmaceuticals, Xenova and CellFactors. Lee has applied his well-rounded and relevant knowledge in many areas of drug development including; manufacturing, pharmacology, toxicology, immunology and analytical methodology. During his time in the biotechnology industry, he developed numerous therapies including: vaccines, recombinant proteins; monoclonal antibodies; viral and non-viral gene delivery systems and cell-based therapies from molecular biology through to clinical efficacy assessment. During his time in the Contract Research industry he has worked on thousands of different therapeutics across a wide range of therapeutic areas.

Lee has a detailed understanding of the regulatory environment for drug development and an appreciation of the motivation of different R&D organisations from innovative biotech companies through to multinational pharmaceutical companies.

Lee is a former committee member on a number of industry groups including; the Monoclonal Antibody Expert Working Group of the National Centre for the 3Rs, The BIA Manufacturing Advisory Committee, the RSC / RPSGB Joint Pharmaceutical Analysis Group and the ABPI Nonclinical and Biological Discovery Expert Network (NaBDEN).

His current role at Cell and Gene Therapy Catapult sees him supporting collaborators with their preclinical development strategies.